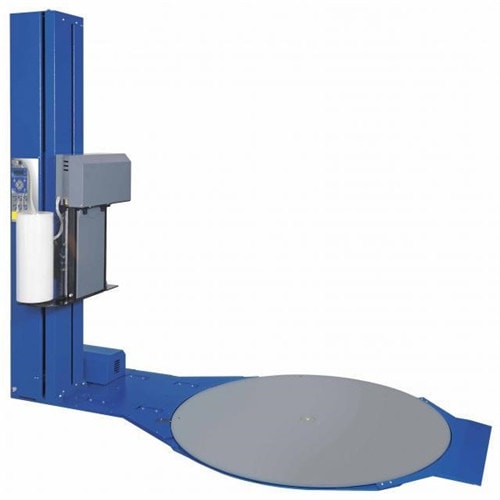 A customer once reported a problem with the winding machine. The normal operation of the machine is as follows. The workers put the goods in the middle of the tray, lead the winding film, start the equipment, and the turntable rotates normally. When the number of turns at the bottom of the winding is reached, the mold base starts to rise, and then continues to run. But after the machine rises about 10 centimeters, the mold base starts to fall, and then stops, After restart, it still reciprocates the previous movement. After eliminating the two reasons of black goods on site and the large gap between goods and goods, it was found that the customer’s product style was black, which led to the problem, and the key point was found.

Because the winding machine mold base is started by the photoelectric switch when it is rising, for some goods such as colored glass, goods with weak reflection, goods with large gap between small pieces, transparent goods or in the sunlight or halogen light environment, the photoelectric switch will not work, so the black goods equipment will not work normally, and the tray winding machine will appear the above phenomenon. Therefore, customers need to pay attention to whether there are black or weak color products on site.